No self-determination on a broken planet

The plastic wave - Noli, Italy, during windsurf round Europe journey 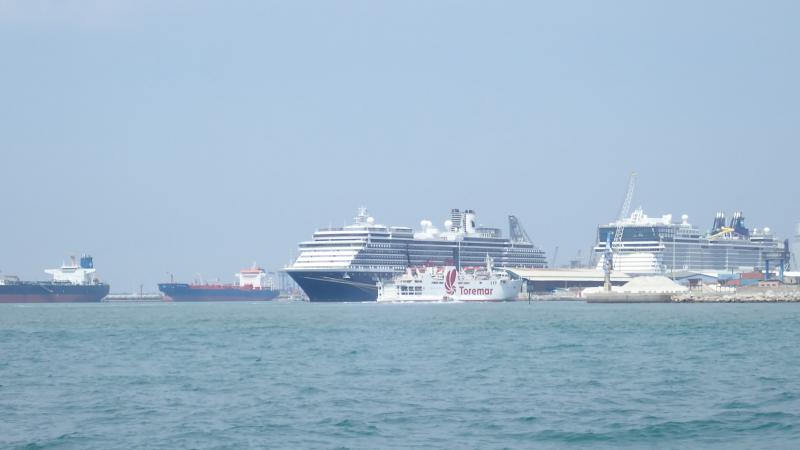 All looks calm, but the oceans are struggling to cope with human activities

Britain rescued me. The journey round my home isles lifted a depression. For a day - or maybe a few - I became family with strangers, again and again, until the evidence was irrefutable: people really are nice. I doubt now that I ever believed otherwise. The idea that the group of people who I happen to know are kinder or more trustworthy than those I’ve never met… That would be odd!

When the ambition to windsurf round Europe took root, the 2016 Brexit vote landed. It saddened me - that my country had looked inward; that the UK and EU would be diminished.

My fundamental objection then – as now – is not economic. Whatever the outcome of Brexit - if wealth can be equitably distributed – a lack of material riches is not a concern.

The tragedy of Brexit is misplaced focus, and a squandered opportunity to lead, when the planet most needs leadership.

Our planet is on a trajectory to environmental collapse and climate breakdown. Brexit is a distraction we cannot afford. Time is all we have, and we are wasting it. Brexit – and independence squabbles generally – Scotland, Catalonia – take us no closer to solutions. There is no self-determination on a broken planet. The climate crisis cannot be solved unilaterally.

We are not programmed to understand the peril being faced. Evolution has attuned us to proximal, immediate threats. And technology has isolated us from the real evidence of where we are headed:

Globally, we are fishing the oceans dry. Yet plummeting fish stocks no longer mean we go short of fish. Instead, we target a different species, or head further offshore - to swallow-up the next shoal, with all the difficulty of picking an apple. The scale of the imbalance - between what we take, and nature’s capacity to regenerate - goes unrecognised. Technology allows for easier lives, at the same time as its use brings us ever closer to environmental breakdown.

Farming, too, is technology. Our ingenuity has put everything on the menu. The carbon footprint of such choice is enormous, and we are unlikely to ever give it up. We deplete the natural resource of the world through industrialised farming, and become increasingly adept at extracting from elsewhere, to keep the harvests coming. Technology allows us to feed a global population of 7.7 billion, but the system is massively imbalanced. Under business as usual vast swathes of our planet have already become life-depleted or dead, tipping points and positive feedback loops will exacerbate the climate crisis, and we are decimating biodiversity. Impacts on nature are impacts on us. Following large scale ecological collapse, famine and war are realistic scenarios.

Although there is some scope for behaviour modification - in a moderately free world - resource use per individual will remain high. Whilst those countries that industrialised first have somewhat plateaued, the rest of the planet will continue to consume more, bringing them up to resource usage levels of the ‘west’. As a result, our impact on the planet - unsustainable now - will be more unsustainable in the future.

Measures such as gradual decarbonisation, tree planting, and reducing reliance on single use plastics are inadequate responses to the situation we now know we are in. Neither is there real honesty about the underlying driver – population – of environment and climate related issues. Otherwise excellent programmes such as Blue Planet and the recently aired Meat: A threat to our planet? feed our desire for easy fixes. Real honesty may be brutal, but it is needed, and once administered, perhaps side issues such as Brexit will take the place they deserve.

As part of my effort to encourage honesty, and hopefully encourage others to deliver a mandate for radical change to our representatives, I am continuing my blog, and opening up to contributors.